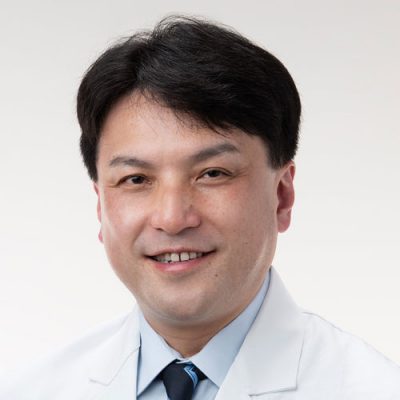 Shun-ichi Watanabe is a Chief Surgeon at the Department of Thoracic Surgery, National Cancer Center Hospital in Tokyo. He graduated from the University of Kanazawa, where he had initial surgical training in Japan. Then, he had general thoracic surgery training at the Royal Brompton Hospital in UK under the care of Mr. Goldstraw. After he came back to Japan, he has been working as an attending surgeon at the National Cancer Center Hospital. He is also the Chair of the Lung Cancer Surgical Study Group of Japan Clinical Oncology Group (JCOG). 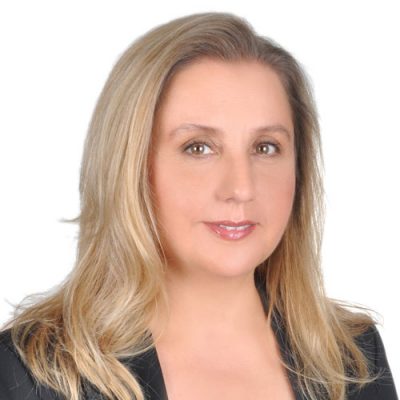 Her areas of expertise include lung cancer, malignant mesothelioma, thymic tumors, esophegeal cancer and surgical treatment of thoracic outlet syndorme. She is a member of several national and international medical societies. She has been member of the International Association for the Study of Lung Cancer since 2009.  Dr. Kayı Cangır is a member of the IASLC Lung Staging and Prognostic Factors Committee, the IASLC the Mesothelioma Committee  and IASLC Thymic Malignancy Staging and Prognostic Factors Committee. 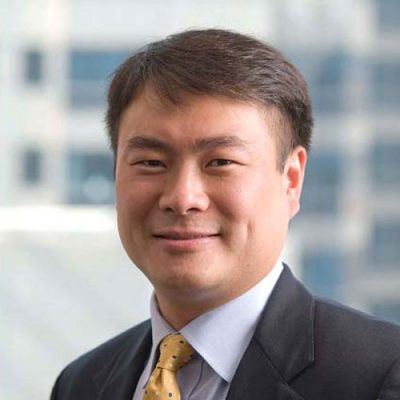 James Huang, MD is a thoracic surgeon on the faculty at Memorial Sloan Kettering Cancer Center and Associate Professor of Cardiothoracic Surgery at Weil Cornell Medical College in New York.  Dr. Huang completed his undergraduate studies at Harvard University and obtained his medical degree at the Columbia University College of Physicians and Surgeons.  Following a general surgery residency at Brigham and Women’s Hospital in Boston, he completed his fellowship training in cardiothoracic surgery at Memorial Sloan Kettering and New York Presbyterian Hospital, and obtained a Master’s degree at the Mailman School of Public Health at Columbia.  Dr. Huang’s research interests include lung cancer, thymic malignancies, and outcomes in thoracic surgery.  He currently serves as Principal Investigator or co-Principal Investigator in a number of clinical trials involving oligometastatic lung cancer, multifocal ground glass opacities, multimodality therapy in thymic malignancies, and exercise in lung cancer survivors.  Dr. Huang is a member of the Staging and Prognostic Factors Committee of the International Association for the Study of Lung Cancer (IASLC) and serves as the Chair of the N-descriptors Subcommittee for Lung Cancer, and the Vice Chair of the Thymic Malignancies Staging Committee.  He also has a strong interest in surgical education and serves as the Program Director for the Thoracic Surgery Fellowship program, and the Associate Vice Chair for Education in the Department of Surgery at Memorial Sloan Kettering. 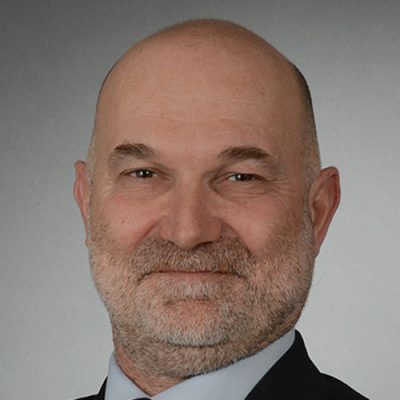 A specialist in lung cancer, precision medicine and cancer immunology, Professor Barlesi is one of the major players in research on innovative cancer therapies.

He is contributing his expertise to the construction of Gustave Roussy's new 2021-2026 establishment project and will ensure its deployment in the medical policy that he will be conducting.

Prof. Barlesi is 50 years old and a professor of medicine at the University of Aix-Marseille. He holds a doctorate in science and management, methods of analysis of health systems and a master's degree in general hospital management from ESSEC.

Prof. Barlesi co-founded the French immunology cluster Marseille Immunopole whose mission is to bring together the immunology expertise of the Aix-Marseille metropolis. He has also created the Marseille Centre for Early Tests in Cancer (CLIP2).

Prof. Barlesi is the author and co-author of nearly 400 publications in international journals and specialized books. In 2019, he will be included in the list of the world's most influential researchers (Highly cited researchers of the Web of Science Group). 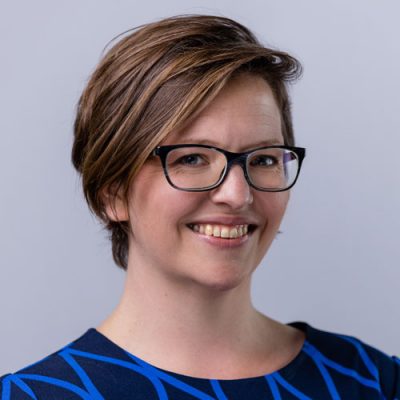 Pippa Labuc is an Occupational Therapist who has worked within the cancer and palliative care field for the past 9 years, specialising in thoracic oncology at Guy’s and St Thomas’ NHS foundation trust in the UK and more recently Cabrini Health Australia.

She has a passion for providing holistic patient centred care, focusing on rehabilitation and non-pharmacological symptom management throughout the cancer pathway.

She has been an active member of IASLC since 2015, acting at chair to the Nursing and Allied Health committee from 2017-2019. 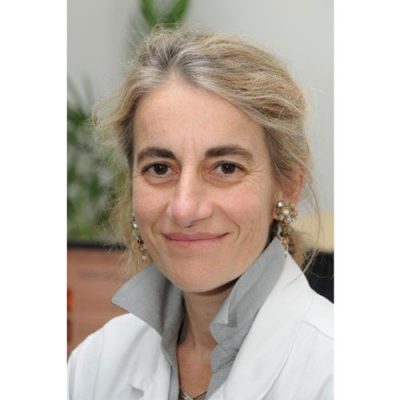 Cécile Le Péchoux, M.D. Senior Radiation Oncologist at Gustave Roussy Comprehensive Cancer Center in Villejuif France, has been involved in the Thoracic Diseases Unit and Sarcoma Unit of the Radiation Oncology department. Her areas of interest are combined modality treatment in both non-small cell lung cancer and small-cell lung cancer, thymoma, sarcomas, multidisciplinary approaches in cancer treatment including those with immunotherapy, high precision radiotherapy (stereotactic ablative radiotherapy, intensity modulated radiotherapy). She has contributed to more than 200 peer-reviewed publications. She has been participating actively to EORTC Radiation Oncology Group and Lung Group, and IFCT (French speaking Thoracic Oncology Group). She has been involved in the scientific committee of the IASLC 2013-2015. She has participated to several prospective studies both in the field of lung cancer and sarcoma; she has been the coordinating investigator of Lung ART, a phase III trial in stage IIIN2 NSCLC. 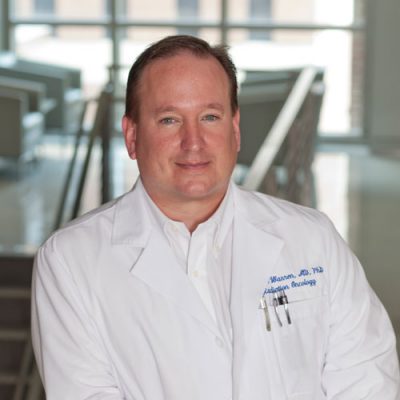 GRAHAM WARREN, MD, PhD, is a Board-Certified Radiation Oncologist, Vice Chairman for Research in the Department of Radiation Oncology, and Mary Gilbreth Endowed Chair of Clinical Oncology in Hollings Cancer Center at the Medical University of South Carolina (MUSC). His primary clinical emphasis is in the treatment of gastrointestinal and thoracic malignancies and has served as the Medical Director for Tobacco at MUSC and Roswell Park Cancer Institute. He works with several local, regional, national, and international organizations to increase access to evidence-based tobacco cessation support for cancer patients. He is an Expert Advisor for the Canadian Partnership Against Cancer (CPAC) and works with the National Institutes of Health to implement strategies to address tobacco use across cancer care and has served as a chair and/or member on tobacco or prevention committees for the American Society for Clinical Oncology (ASCO), American Association for Cancer Research (AACR), International Association for the Study of Lung Cancer (IASLC), Society for Research on Nicotine and Tobacco (SRNT), National Lung Cancer Roundtable, National Cancer Institute (NCI), and the Alliance for Clinical Trials in Oncology Cooperative Group.  He was a contributor for the 2014 Surgeon General’s Report on Tobacco providing the foundational work demonstrating that smoking by cancer patients and survivors causes adverse cancer treatment outcomes.  He was a contributor for the 2020 Surgeon General’s Report demonstrating that smoking cessation after a cancer diagnosis improves survival in cancer patients.  His work has been used to develop tobacco treatment programs for cancer patients at the institutional, regional, statewide, national, and international level including cessation initiatives across Canadian Provinces and Territories and for the NCI Cancer Center Cessation Initiative (C3I) P30 supplement distributed across NCI Designated Cancer Centers.  His primary research interest is in evaluating the biologic, clinical, behavioral, and economic effects of tobacco on cancer treatment outcomes including identifying critical biologic targets to improve therapeutic outcomes in cancer patients exposed to tobacco, and optimizing behavioral and clinical methods to optimize data collection that can be used for clinical decision making and research. 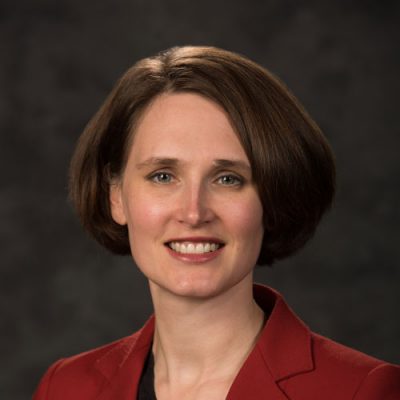 Dr. Sholl is an associate pathologist at Brigham and Women’s Hospital in Boston and Associate Professor of Pathology at Harvard Medical School.  She is board certified in anatomic pathology and molecular genetics pathology with an expertise in neoplastic and non-neoplastic lung diseases.  She completed her medical school training at Stanford University School of Medicine, followed by an internship in internal medicine at the Hospital of University of Pennsylvania, AP residency and fellowship training at Brigham and Women’s Hospital, and the molecular genetics pathology fellowship at the Harvard teaching hospitals.  She performs clinical and translational research focusing on the molecular mechanisms of tumorigenesis in lung carcinomas, identification of predictive and prognostic molecular markers in tumor and fibrosing lung diseases, and validation of novel molecular and immunohistochemical tests for genetic characterization of lung cancers in clinical practice.  Dr. Sholl’s responsibilities include serving as the associate medical director of the Center for Advanced Molecular Diagnostics at Brigham and Women’s Hospital and as Chief of the Pulmonary Pathology Service within the division of Anatomic Pathology.  Dr. Sholl has been actively involved with IASLC as a member of WCLC programming committees in 2015, 2020, and 2021 and as Molecular Pathology working group co-chair on the Pathology Committee.

Conference Newsletter
Subscribe to the Newsletter to receive important information about the upcoming Conference.
Thank you! We look forward to connecting soon.
Click here to close this window
Whoops, looks like there was an issue with one of the fields above - please review above.
X